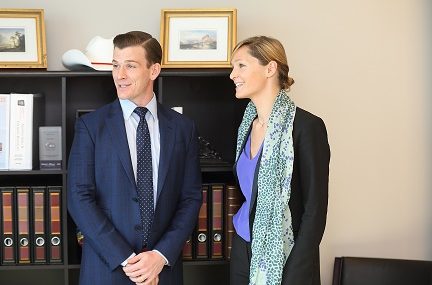 Sabine Oil & Gas Ruling: A Recent Threat to Reliability of Contracts in the Midstream Sector

A blow was recently dealt to pipeline operators and midstream companies by a federal bankruptcy judge in New York.

On March 8, Judge Shelly Chapman allowed bankrupt Sabine Oil & Gas to drop their contracts with two midstream companies, HPIP Gonzales Holdings and Nordheim Eagle Ford Gathering LLC, an affiliate of Cheniere Energy Inc. These contracts would require Sabine to deliver a minimum amount of gas or build wells, which it could not do, or pay deficiency payments. Sabine sought Chapter 11 protection last year to restructure some $3 billion in debt.

Section 365(a) of the Bankruptcy Code allows a debtor to, “subject to the courts approval…assume or reject any executory contract.” The test for acceptance or rejection is whether the company’s decision is a “reasonable exercise” of its “business judgment.” Judge Chapman followed Section 365 in finding that bankruptcy law generally favors letting businesses out of contracts that are detrimental to their business status, and keep contracts that are beneficial to the same. Sabine was able to show in court that cutting the contract with Nordheim would relieve the company of a $35 million future deficiency payment. Additionally, Sabine showed that cutting the deal with HPIP would save it approximately $80 million by avoiding sinking that money into unprofitable wells it was contracted to dig. Neither midstream company showed valid evidence opposing Sabine’s business judgment.

It was widely believed that these gas gathering agreements were bankruptcy-proof, largely due to language indicating the contracts were “covenants that run with the land.” Judge Chapman, however, ruled that these covenants, under Texas law, should not be considered as “covenants running with the land” because they do not touch and/or concern Sabine’s interest in the land. The distinguishing factor, according to Chapman, was that the agreements related to services having to do with the mineral rights, not the land rights.

One positive aspect the midstream companies could cling to is the fact that Chapman’s ruling is non-binding for procedural reasons. Chapman did not think that Texas law was clear enough to allow her to issue a binding ruling, however, her ruling should be taken into consideration by other courts. This means that courts will have to analyze contracts on a case-by-case basis, and with the individual state’s laws in mind, and in the end, midstream companies could win in such Chapter 11 filings.

However, the more prevalent issue is that this ruling could open the doors for producers facing solvency problems to use Chapter 11 to get out from under contracts with midstream companies. There is a threat that other producers will follow in Sabine’s footsteps. The issues for midstream companies is that they typically rely on revenue from either deficiency payments or contract fulfillment. Thus, if producers are allowed to cut contracts in bankruptcy court, midstream company contracts could be jeopardized and devalued in future negotiations with producers.

While midstream companies could win in court, there is more potential and incentive for producers to file such actions under Chapter 11. In fact, one other case is already well underway in Delaware. Bankrupt Quicksilver Resources Inc. is looking to drop a contract with Crestwood Equity Partners as a contingent requirement for the sale of Quicksilver to BlueStream Natural Resources for $245 million cash. The next highest bidder available to Quicksilver offers $93 million in cash, a significantly lower price, but does not require the shedding of the contract with Crestwood.

The Sabine ruling has the midstream portion of the industry worried that producers who are in trouble due to falling oil prices will use this Chapter 11 tactic to shimmy out of their obligatory contracts. Midstream companies, who have not necessarily felt the impact of the failing oil industry as hard as producers have, may start to feel such effects in the form of revenue losses due to dropped contracts. This could be the case. However, with the non-binding ruling, there is always a possibility that the midstream companies could win and the producers would be forced to uphold their contracts.