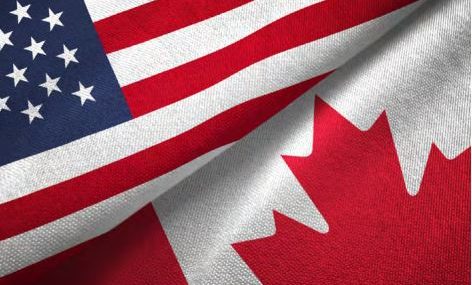 “We’re more than friends and neighbors and allies; we are kin, who together have built the most productive relationship between any two countries in the world today.”

Despite being one of our closest friends and neighbors, our biggest trade partner, and one of our staunchest military allies, we Americans tend to overlook the significance of our relationship with Canada. For better or worse, we sometimes think of Canada like our 51st state, when we think of it at all. The view from Canada is much different. Canadians are proud of their heritage and see their identity as distinct from the American one. They tend to be more aware of its reliance on international trade. On one hand this makes trade with the U.S. paramount for Canada; but it also means that Canada is sensitive about America’s sometimes fickle disposition toward trade, particularly in the current political climate.

Recently, the American Enterprise Institute prepared a U.S. map where each state was renamed for a country with a GDP of similar size. Texas was renamed Canada. Canada has a GDP approximately the same as Texas, but a reader should not misunderstand this as disparaging Canada. The Texas economy is large, and Texas is one of the nation’s top producers and its leading exporter. Canada has a diversified economy with $1.189 trillion GDP, which positions them as the tenth largest economy globally in terms of GPD size. Its top industries are the service industry (70% of GDP), energy sector (20% of GDP), and manufacturing industry (10% of GDP),with exports of over $350 billion, agriculture, and mining.